History You Can Touch

Image:
Replica Cannon and Carriage, 2018
Made by Charles Dewey

History You Can Touch 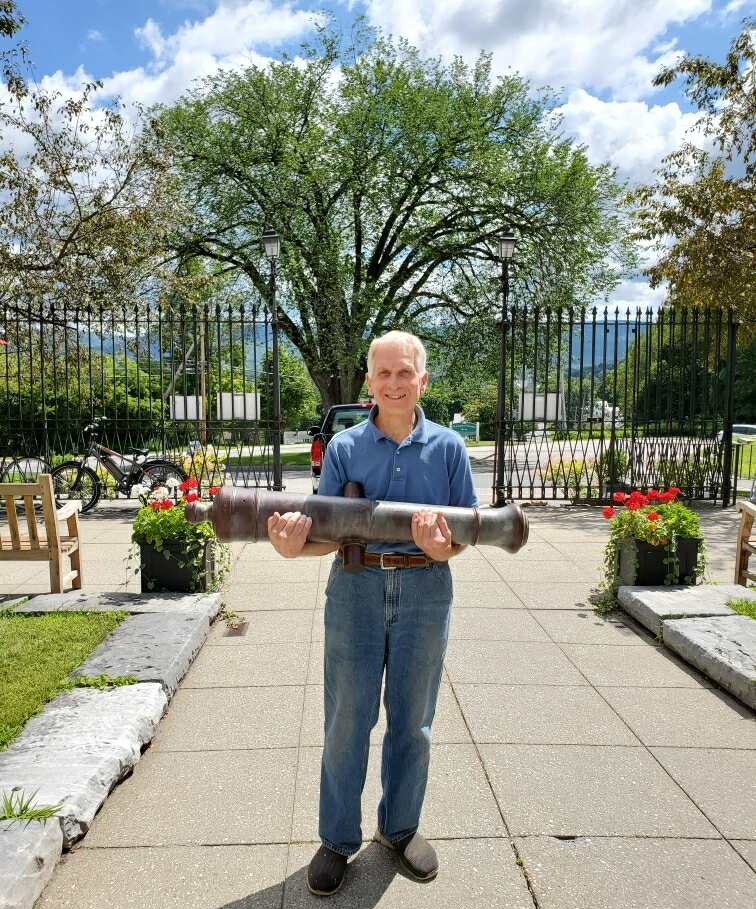 Located in the Sloane Gallery at Bennington Museum which features the Battle of Bennington and Vermont Firearms, is the original bronze cannon that was captured by American forces in the Battle of Bennington. Weighing only 213 pounds, it was well-suited for mobile campaigns as it could be transported across rugged terrain on a carriage hitched to a single horse. While the cannon is amazing to look at, local woodworker Charles Dewey, a descendant of the Dewey family who fought at the Battle of Bennington in 1777, thought it would be amazing to provide visitors the opportunity to get up close with an historically accurate reproduction of both the cannon and the carriage which carried it.

Dewey consulted with experts at Saratoga Battlefield National Park and researched contemporary military publications. The carriage uses historically accurate oak wood and is painted the same dark gray used by the British army. The cannon on the carriage is a replica made of pine. The tires and hub bands are steel, but the black straps and hardware on the carriage body are replicated in wood, painted to look like metal. While in use, the carriage would have held ammunition boxes on either side of the cannon above axle. The axle itself is a copper pipe.

While the majority of what you see in the Museum you cannot touch, you may get close and touch this replica cannon and carriage.

American forces captured four cannons at the Battle of Bennington, August 16, 1777. Two were new bronze “three pounders” (they shot three pound balls) made at the Woolwich Arsenal by Jan and Pieter Verbruggen. One of those two is on display in the Museum’s Sloane Gallery, while the other is at the Vermont State House in Montpelier.

The captured cannons were used by the American army throughout the rest of the Revolutionary War, and during the War of 1812. The original wood carriages were repaired and replaced as needed, and eventually discarded. New carriages were made in 1848 at the Watervliet Arsenal. The carriage that has been replicated for the gallery, was removed from the Museum’s gun in 2002.

Bennington Museum is located at 75 Main Street (Route 9), Bennington, in The Shires of Vermont. The Museum is open 10 am to 5 pm daily June through October. It is wheelchair accessible. Regular admission is $10 for adults, $9 for seniors and students over 18. Admission is never charged for younger students, museum members, or to visit the museum shop. Visit the museum’s website www.benningtonmuseum.org or call 802-447-1571 for more information.