We might consider that, regardless of form, what the creative products of all artists share in common is imagination, the key element of art. Imagination is that human attribute that an artist draws into life. Sound, touch, and vision transport all into a world of belief that moves emotion and connection. At its best, connection can be universal. At its very best, artwork can achieve belief with minimal material means. If a chopped block of wood is believed to be a man and a guitar-shaped piece of metal attached to it evokes music, our visceral response is enjoyment, and when we are surprised by the realization that all is an illusion, we respond with humor. What a magical thing imagination can do, and only spurred on with a little wood hobbled together by an artist. Thisgroup of musical figures before you are meant to do just that: convince you that you are the audience of a people’s band. Self-taught art is an art of the people, though the term self-taught is a dubious description of an artist’s authenticity. Nonetheless, though the artist who made these figures is formally trained, the process used to manufacture these has been self-learned through trial and invention. Finally, the labor of a creative worker must be arduous and focused to squeeze out of wood the actual experience of the human heart, so, at last, all ends with imagination and the feeling of delight.

ARTIST BIO:
Michael Tillyer was born in November 1952 in Worcester, Massachusetts. His father was a successful salesman; thus, he came from affluent circumstances. He was a child artist. When he left home in 1970, he studied mathematics and art at the now-defunct Windham College in Putney, Vermont⏤mathematics because his grandfather was a mathematician and conceptual, minimalist art because it was the fashion at the time. He jettisoned his upscale background on graduation to pursue a more socially connected life and sought after an “art of the people.” That impulse led him to form collective art projects with prisoners, people in developmental and mental health settings, low-income housing projects, and children at risk in public schools. From a vision he had in 1997⏤an actual vision⏤he founded Anchor House of Artists, a studio subsidized through grants and donations to artists living with mental illnesses that he had come to know through his work in the community. Integral to this work, he began to find show venues for their art, too. Simultaneously, he returned to college, not to study art but rehabilitation because he was less interested in teaching art than in helping people find their way back to work, including creative work. He graduated with an M.Ed. in 2000. All during his activist career, he vigorously engaged in studio work and exhibitions also. His work has popular appeal and has found its way into fine collections, gallery exhibitions, and museum shows. He currently lives with his wife in Conway, Massachusetts. 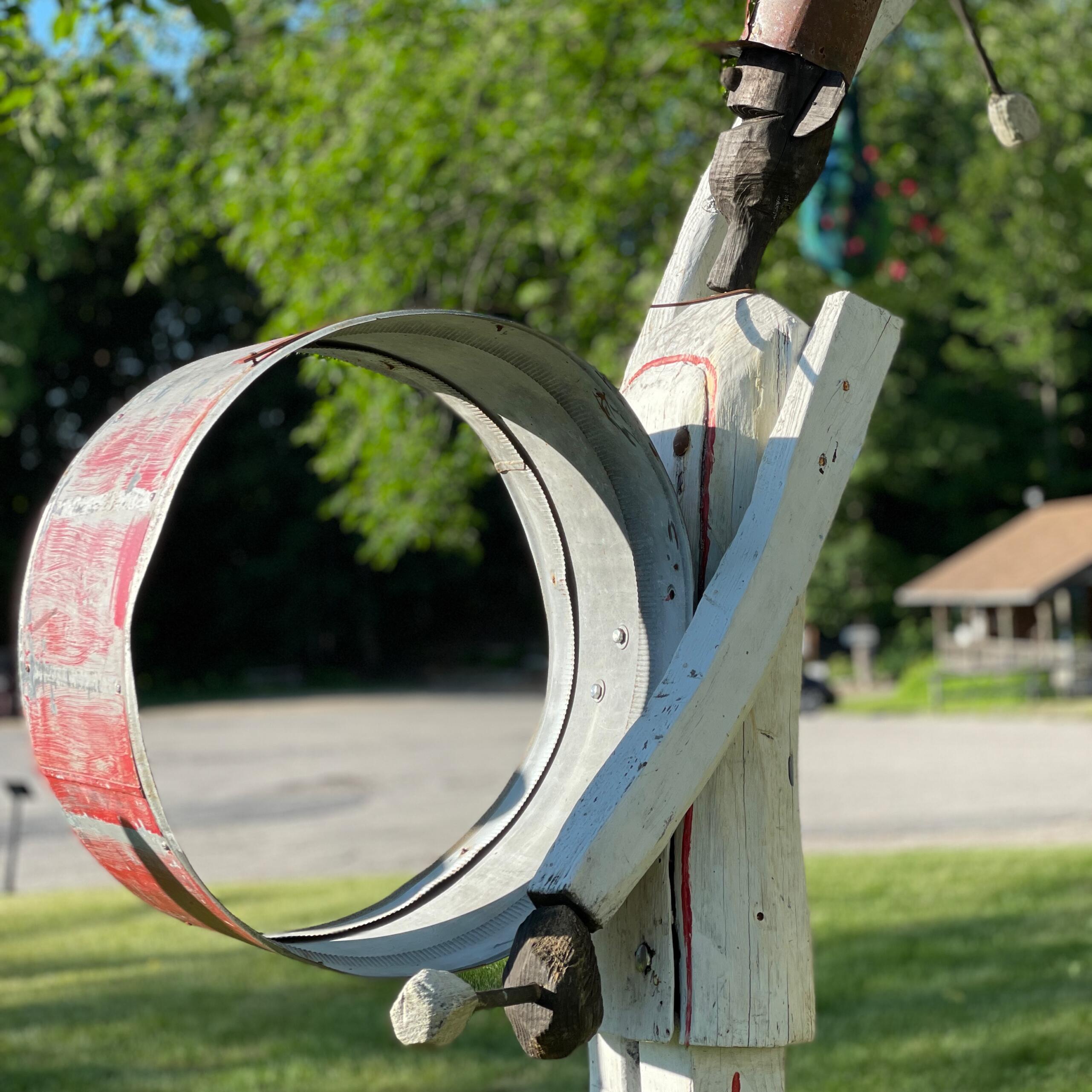